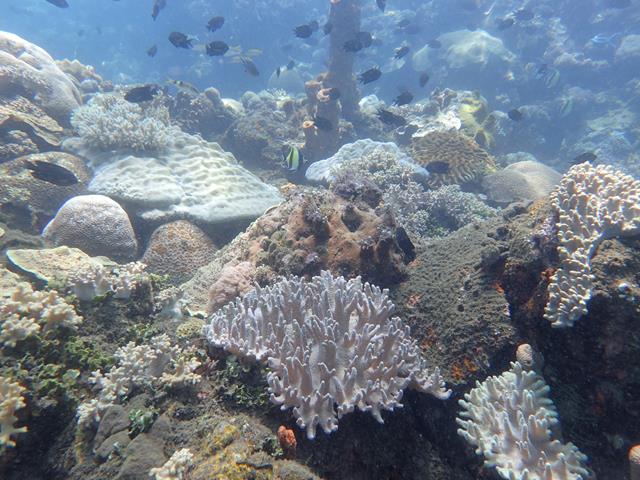 The waters are deep around Bunaken Marine Park, with the deepest around 2000 meters. Most of the dive sites are wall dives off the islands in the park. The reefs start close to the island and slope down and then a dramatic wall straight down which can go down to 80 meters, then a slope and then a further drop to the very deep bottom. When scuba diving make sure all your equipment are secured as you don't want to drop your camera as it will be lost to the depth.

There are more than 40 dive sites, most around the many islands and some along the coast of the mainland of North Sulawesi. Read more about Scuba Diving in Bunaken Marine Park

The water is most calm, with only mild currents in March, April and May. The strongest currents can occur in the peak tourist season of July and August. 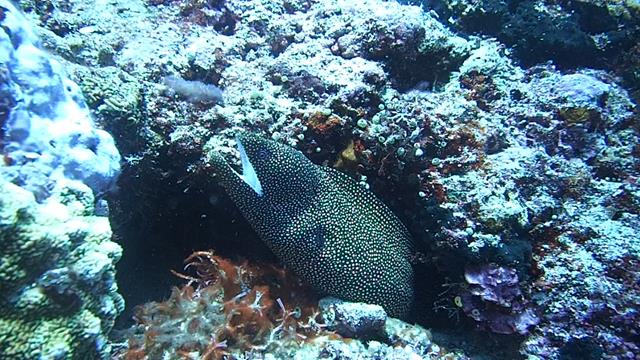 The marine park has an incredibly diverse marine ecosystem with 70% of the known fish species of Indonesia living in this area. There are over 390 species of coral.

7 of the 8 species of giant clams that occur in the world live in the Bunaken National Marine Park.

You can also do boat trips out to see the Bottlenose Dolphins in Bunaken National Marine Park. Sometimes there are pods of over 100 bottle nose dolphins feeding in the open sea around 1 hours boat ride north of Bunaken Island. The boats leave at 6am and then motor around in the open sea for around 30 minutes searching for where the dolphins are having their breakfast (usually eating small tuna). You can get off the boat and snorkel around the see the dolphins underwater. There is no guarantee that you will see the dolphins. I have been out once and we didn't see the dolphins. It just depends where the schools of fish are that they like to eat in the morning.

There are quite a few certified PADI Dive centres which offer scuba diving boat trips into the Bunaken National Marine Park. 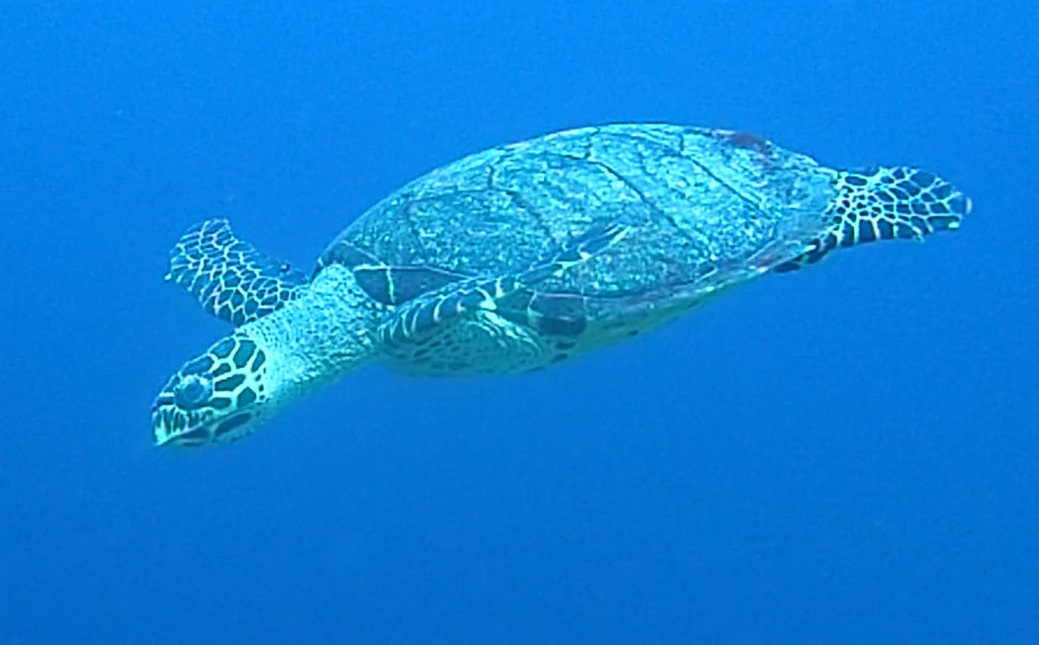 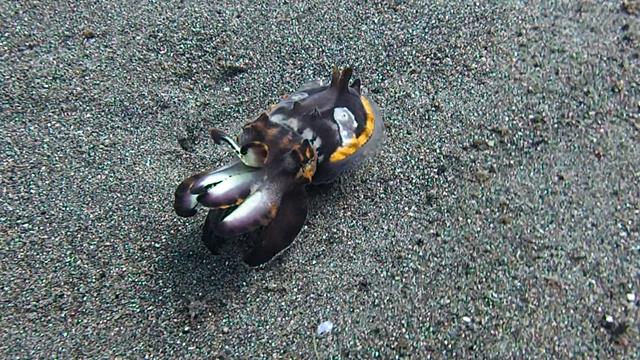 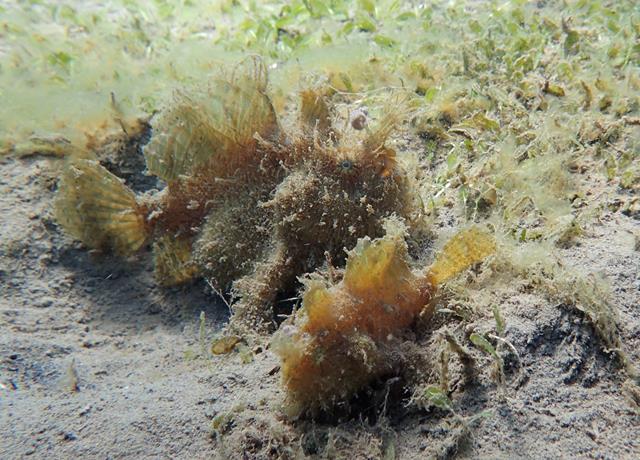 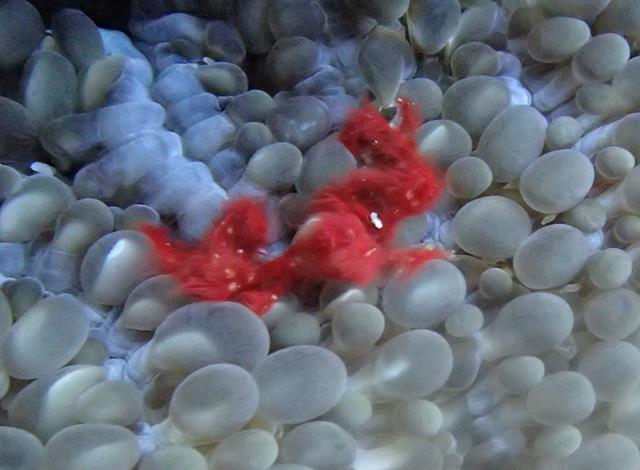