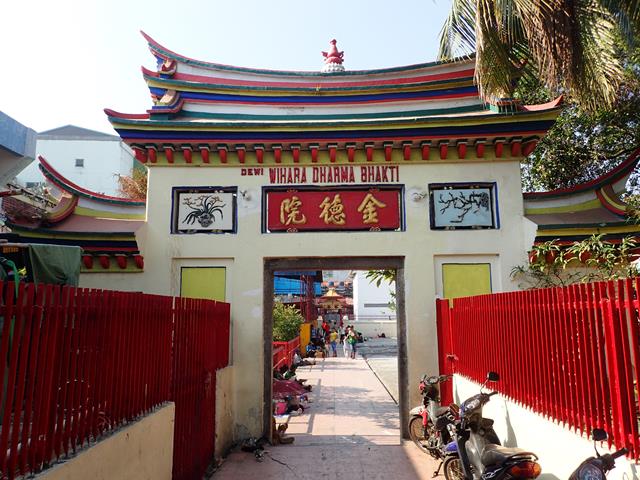 Glodok is an area very close to Batavia Old Town Jakarta. Glodok is Jakarta's Chinatown which a huge population of Chinese Indonesia. Chinese people starting immigrating to Jakarta in the 17th century, majority came from the Fujian and Guangdong provinces, moving into the Glodok area.

Glodok today is the place to come to buy electronic items in Jakarta. Mannga Dua is one of the largest shopping centres in Jakarta and is filled with shops owned by the local Chinese Indonesian community.

Altough Glodok is the largest Chinatown it is not exactly a tourist attraction, to roam the streets looking at all the stores and restaurants. Like most of Jakarta, it is not friendly to pedestrians with only small walk ways.

There are a number of beautiful Chinese temples found throughout the Glodok area. 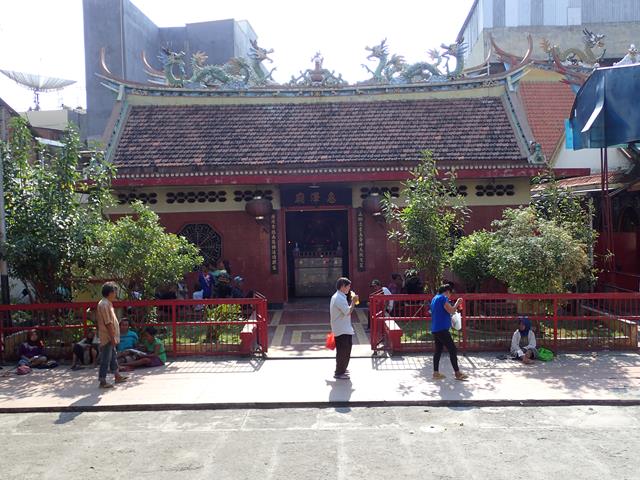 One of the most interesting sites in Glodok are the many Chinese temples. One of the best to visit is the Wihara Dharma Bhakti also known as Kim Tek Le Temple. This temple was originally built in 1650, one of the oldest Chinese temples in Jakarta.

Many local Chinese come to the temple to prey. If you visit you will be greeted with smiles and some of the old men may want to have a chat to you to find out where you are from. It is so peaceful inside with lots of incense sticks and candles burning.

The Wihara Dharma Bhakti is a Taoist temple though inside is a shrine to the Buddha as well as shrines for six different Taoist gods and goddesses.

The roof of the temple has an intricately carved design of 2 dragons eating pearls.