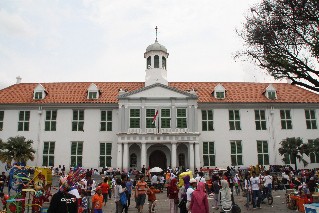 Old Batavia (now known as Kota Tua) is the old town in the centre of Jakarta. Old Batavia is lined with old Dutch Colonial buildings. Old Batavia dates back to 17th Century when it was a walled Dutch settlement.

The main square (Fatahillah Square) had a major renovation in 2004 to restore the old buildings. On weekends Farahillah Square is very busy with people and often there are concerts or festivals held within the square.

On weekends there are lots of street vendors selling all sorts of items like t-shirts, leather shoes, gifts and even fluffy toys.

At Old Batavia is the Wayang Museum which has on display examples of Javanese Wayang puppetry. There is also the Fine Art and Ceramic Museum.

Not far from Old Batavia is Sunda Kelapa (the Portguese harbour) which used to be the main fish market in Jakarta.

Also at Old Batavia is one of the coolest restaurants to eat at - Cafe Batavia which serves a range of Indonesian and Western Cuisine read more about Cafe Batavia.

Cafe Batavia is must visit restaurant in Jakarta. Not because of it's food or service (the service is typical Indonesian service (slow and unattentive)) but the attraction of Cafe Batavia is the building itself. The inside decor is like a step back into the 1930's, with all wood panelling and the walls decorated with loads of pictures of famous pictures.

Down stairs is the Batavia lounge which has live music at lunch time and dinner. Upstairs is the famous Churchill Bar which built entirely from Java teak wood in the 19th century. The Churchill Bar was listed in Newsweek Magazine's list of "The World's Best Bars" in both 1994 and 1996.

Batavia Cafe serves up a range of European food as well as Asian and local Indonesian specialities. Great burgers, steak sandwiches and a good range of quality steaks imported from Australia. 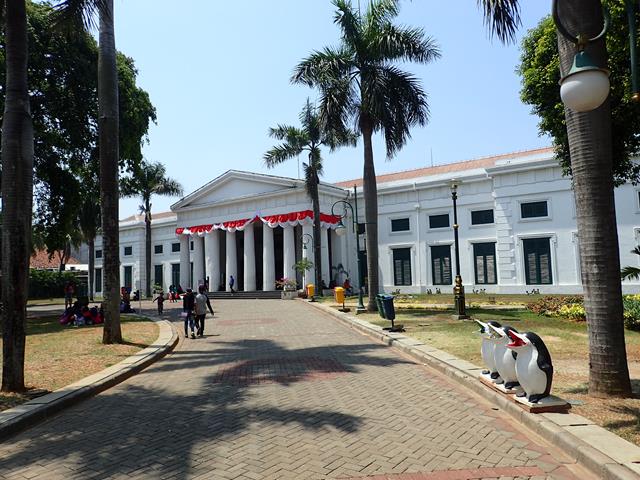 The Fine Art and Ceramic Museum is located just off from the Fatahillah Square. The building was built in 1870 and was first used as the Justice Council offices.

During the 2nd world war when the Japanese occupied Indonesia it was used as a military quarters.

In 1967 it became the offices for the Mayor of West Jakarta. In 1974 it became the Jakarta Museum and then finally in 1990 it was renamed the Fine Art and Ceramic Museum.

It is not the most impressive museum I have visited with around 500 items on display! It has mostly Indonesian fine art and a large collection of ceramics from all other Indonesia as well as from other countries around Asia. 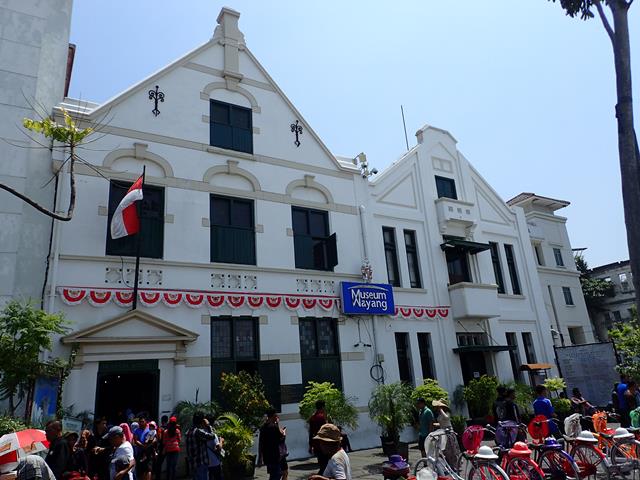 The church was destroyed by a big earthquake in 1808 and a new building was built which became a storehouse.

in 1936 it became the City History Museum but abondoned during the second world war. After the war it returned to being a museum and eventually became the puppet museum.

The museum has on display puppets from all over Indoensia (Java, Sunda, Bali, Lombok and Sumatra). There are also puppets from other countries including puppets from Malaysia, Suriname, France, Cambodia, India, Pakistan, Vietnam, Thailand, England and the US. 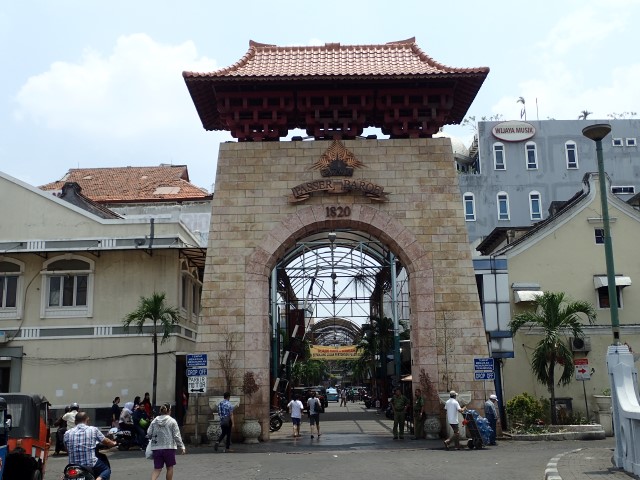 Pasar Baru meaning New Market, is a maze of stalls and shop selling a range of clothing and homewares
Read more...... 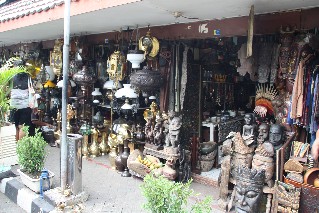 This is a must visit place in Jakarta. The street is lined with small shops selling antiques, replica antiques
Read more...... 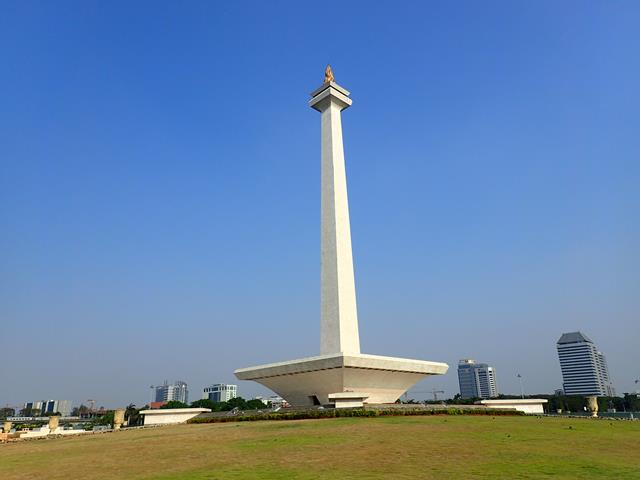 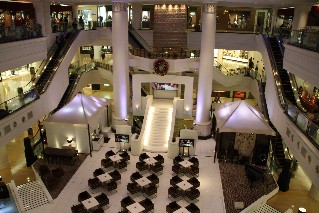 Check out the best Rooftop Bars in Jakarta with some of the best views over Jakarta
Read more......